This week we got to know Cory McLean: Accredited Mortgage Professional, president of Axis mortgage, and aspiring race car driver. “ I don't drive at this point. I will. I absolutely will. That is one of my life goals that I for sure will accomplish. I will drive a race car at some point” He explained very passionately.

I'm not from Lethbridge. Originally, I moved to go to university and ended up staying just to enjoy  Southern Alberta, the city, and the community. So I ended up staying.I think being downtown, obviously is just a hustle and bustle type environment. And so it kind of feels a little bit, bigger city than maybe what a lot of the underlying parts of Lethbridge have to offer. Like minded entities, like minded business owners, and it's just fun to see the traffic and the people. And honestly, I think when I first started, it was just kind of the only place. You know, when I first started doing this years ago, there wasn't a whole lot of strip mall office locations. And so downtown was the place to be. Then I just became super comfortable with it. And decided to buy downtown and stay here. Some of our most recognizable awards in the past have always been for things like moral compass, like have we done the right? Things are being recognized as a stand up company and go from there. But yeah, there's certainly been a number of different recognitions throughout the course of time.

I think my favorite part of downtown really is the people. I think it's enjoyable to watch the interactions of people. And it's not a destination in the sense where somebody drives somewhere, parks their car, gets out of their car, does their thing, gets in their car and leaves down here is a lot of, you know, moving from business to business store to store. So I really think it's just the enjoyment of watching people and bumping into people on the street as you walk down to tend to maybe your banking needs or in our case, or mortgage needs and those sorts of things. So just the people kind of bring it full circle for us. No plans to leave. I think first off, it presents the most affordable real estate option. So if you're going to be an owner, you know, in an environment like mine that isn't a product driven, but it's a service driven base, so obviously budget is important and it's an affordable option to be downtown, more affordable in much of the outlying areas. We have a comfort level with it.

I got into mortgage brokering almost by accident, so I had done a kinesiology degree at the University Lethbridge. I got my first job kind of based on that kinesiology degree and that experience while I was working there. I had an acquaintance of mine who approached me multiple times. He had owned the financial services office at the time, and they were looking for a mortgage broker. so he had approached me a few times, and originally I said No. Then I kind of was just looking maybe for a change in life. And so it turned out that I ended up getting licensed as a mortgage broker to work under their branch or their umbrella. And that was short lived. It just wasn't what it was promised to be. I was faced with a really difficult decision as a young man to continue on my own and find my way or make another career change. And so that was over 20 years ago, and I made that change. And, and so here I am still doing what I'm doing. I always feel a sense of accomplishment at the end of the day when you get to solve a problem or two. And whether it's something that's celebrated or maybe it's not even known, I think at the end of the day, I get to leave my office knowing that that's what we've done to solve some problems also.

I have a five year old, so he's extremely busy and that probably constitutes a lot of my hobbies. So whatever he's into is what I'm into. So we're doing right now a lot of remote control trucks. We enjoy golf. My favorite summer pastime is golf. My main hobby for myself is race cars. I love speed. I love circle track racing. So two or three times a year at a minimum, I try to bugger off by myself and get into, you know, some sort of an event somewhere. I was actually just out and then a couple of weeks back or three, three or four weeks ago to watch a big race out there. That's my number one passion is race cars. I don't drive at this point. I will. I absolutely will. That is one of my life goals that I for sure will accomplish. I will drive a race car at some point, some point, hopefully in the very near future. But at this point, I'm just a spectator.

My dream circle track car. I mean, I would want to run in the late model class. So the way to sum up a late model class would be something very similar to what a NASCAR looks like. Full roll cage, high horsepower. And then, of course, the local track scene has their own set of rules. So you just have to fit into those different rules From track to track. So I guess that would be what my dream race car would be, is something that goes fast and turns left.

I was a big Jeff Gordon fan. He no longer races. So I kind of lost the desire to watch because I don't identify with any of the drivers any longer. But of course, I'll still pick up the odd race on a Sunday if there's nothing to do but having a five year old, there's always lots to do.

My dad raced so I mean, this is a lifelong thing for me. There's pictures of me, you know, as a baby sitting in the rear seat of a race car. So the attraction to the sport really is just deep in my blood. It's just something that I've always enjoyed. And if I'm being honest, the speed is great. I like the simplicity of life of a race car driver. There's a lot of humbleness in the sport. And I love the sounds and smells. It's loud, it smells like gear, oil and fuel. And ironically, that's something that I really enjoy.

I'm a car person. I probably, you know, running a business and being a dad and flipping houses and stuff really hasn't allowed me to dive into the car world as much as I'd like. But certainly I enjoy the car scene. I've got a little convertible sports car in this area. That's not even a sports car. It's a little Pontiac Solstice. It's fun to just put the top down and kind of enjoy your day. And of course, I have desires to continue to expand my car horizons, too. And ultimately, you know, have some enjoyable vehicles at some time in my life, be it a, you know, maybe a Porsche or a Corvette or something along those lines. Like as a kid, my number one, I guess dream car at the time would have been a Porsche.

I've always been really involved in real estate. I like flipping homes. I'm actually in the midst of a home flip right now.

Yeah, to flip a house, I guess it really depends. And everybody's got their theory on how to do this. So a lot of people will tell you that the key to flipping is to get in and get out. And in doing that, you need to pay a bunch of tradespeople to do it. Other people will tell you the key is to buy at the right price and, and that's where you make your money. You actually don't make any money on the renovations or the flip so I do things predominantly by myself, unless two factors come in: One either I can't do it, it's just that I don't have the tools or I don't have the know-how or I run out of time and patience. So house flips can vary from I think the last one I did a couple of years ago probably only took, you know, maybe two and a half, three months. The one I'm working on right now is going to take me probably six or eight months. So it's evenings and weekends filled in when you can and. The creativity, being able to dive into something that's been neglected or finding, you know, something that triggers you know, be it the shape of the home or the structure of a home and being able to bring some of that character to life. So really, it's the creativity part of it. I don't typically do just standard finishes. I

I always try to make it a little bit nicer. I also want the end user to feel like they've moved into something that's a little bit nicer than their neighbor has. I think the worst part about flipping a house is the financial stress. So you know, depending on how you purchase it, whether you're in a cash position, but most people aren't. So there's going to be some financing. But financing a home that's under renovation is not as simple as just getting, you know, a bank loan. So you're probably looking at some private financing with higher interest rates and carrying costs and you're going to add that carrying cost and those utility costs to your life in addition to the renovation costs and paying tradespeople. So there's definitely significant financial stress. And so that would be the worst part. And I think knowing that that's the worst part, you really have to dive into a very accurate and realistic budget before you start and understand that while you're flipping a home, it's probably going to significantly change how you can live the rest of your life. My focus when I'm flipping homes is always to stay on trend, stay current, pick current colors. So right now, natural wood tones, block paints and greens, those are kind of the new things. The white cabinetry, white on white on white is probably something that people think might still be modern, trendy, but it's not. It's a few years old, so I don't go down that path. And so I don't know that I create anything super unique. I try to create something that's super functional, add in extra storage where people didn't think it was going to be a few cute things in the kitchen that catch people's attention and then just make sure it's on today's trend and not a two year old trend.

Into the future, there's a bunch of things I'm excited about bringing full circle to my hobbies. I'm really excited about being able to race in the race car at some point. That will happen sooner than later. I'm also a motor bike enthusiast. I've got a couple of motorbike trips planned this summer, and business wise it would probably be too premature to share. But we're working on a couple of exciting, big, big things for the future. So we'll see how that plays out and whether we're able to offer some different types of product and services to the industry. So everybody will know when that day comes, if it comes. 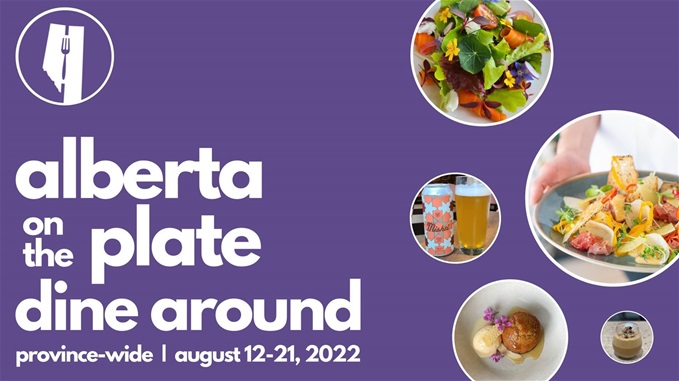 Alberta on the Plate

Flash From the Past! 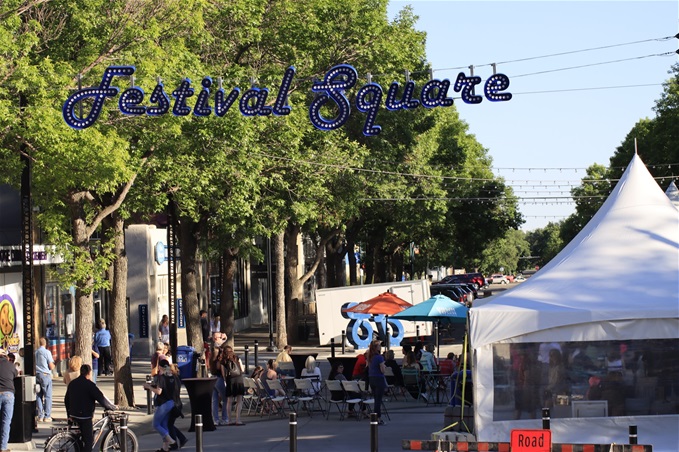 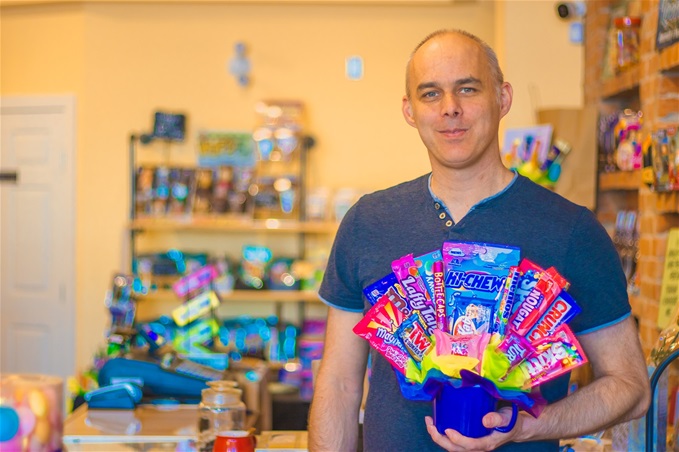 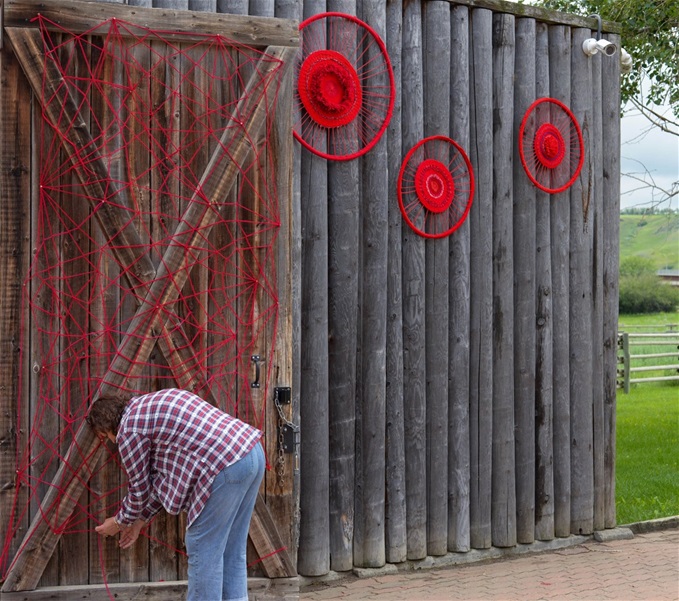 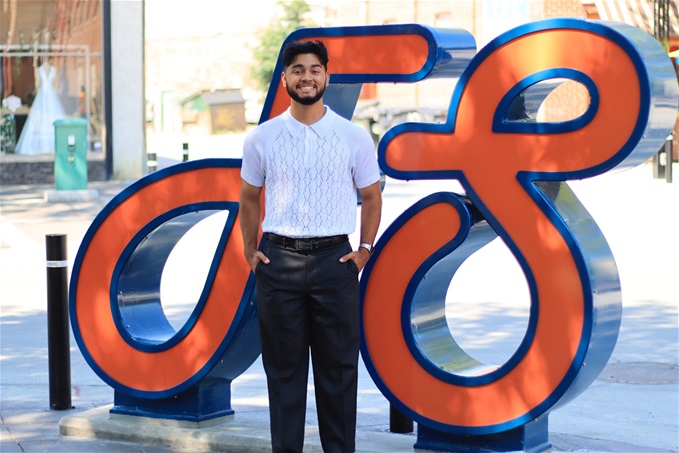 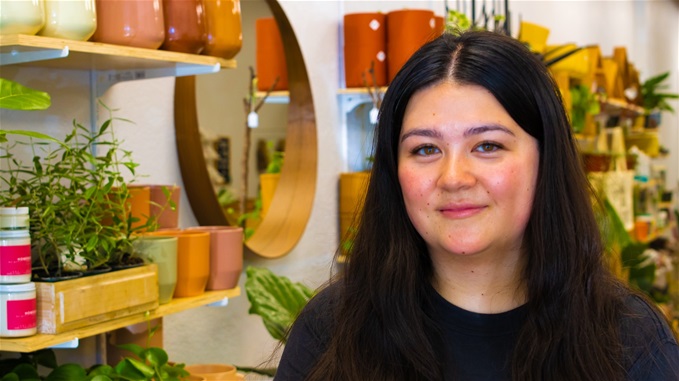